#Transcribathon, and on, and on... 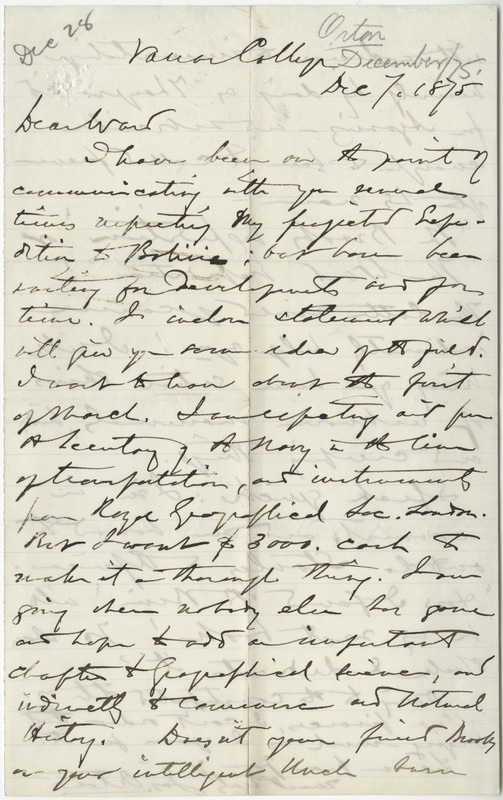 The student staff of the Ward Project have been scanning and adding documents to the Ward Project website for almost three years. Putting the correspondence online is the best way of sharing the voluminous contents of the collections with researchers, scientists, and students around the world.

In this letter, Ward's long-time friend James Orton describes his plans for a trip to Peru. It would be Orton's last adventure: he died in 1877 at Lake Titicaca. In 1889, Ward would travel to Peru on his own collecting trip, and visit his friend's grave.

That's only the beginning: it is currently beyond the scope of the Project to create transcriptions of the letters, but that is where the greatest value lies. Where was Orton going? Who was paying for the trip? What was he collecting? Who did he hope to sell it to?

You can help! Letters which need transcription are available here. Choose your letter, and just click "Help transcribe this letter" to get started. Be sure to click "save" on your work. If you prefer, paste your transcription into an email.

Most of the letters are in English, but there are many in German and French. 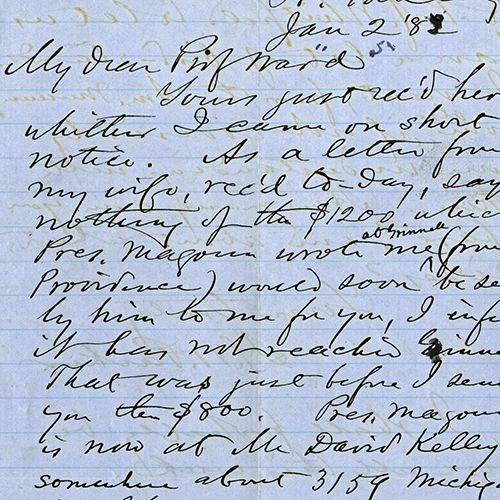 ← When you could send live grizzlies by post...
A Cabinet for Wilberforce University →
#Transcribathon, and on, and on...