It is always nice to get a package. No doubt most of the shipments to Ward’s Natural Science Establishment in the late 1800s were specimens preserved in salt or not preserved at all, but not alive.

However, the Bulletin of Ward’s Natural Science Establishment published on June 1, 1881 mentions a shipment by American Express (yes, the same company we know today) from the Northwest Territories of Canada of two live grizzly bear cubs (Ursus horribilis). They arrived  in one box, hungry and a little out of sorts from the trip. Once fed and cleaned up, the six-month old cubs caught the attention of everyone at Ward’s workshop. 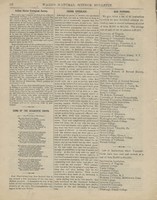 The Bulletin article discusses what made them play (baths, peaches) and what made them aggressive (being blocked from the bath by its sibling, being the cub that did not get the peach, and being separated from one another). The author (the article is not signed) goes on at length about how readily they stand on their hind legs, discusses their vocalizations, and other behaviors. 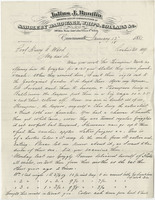 After a few months the cubs were purchased for the Cincinnati Zoological Garden (the precursor of the Cincinnati Zoo) by Julius J. Bantlin, a businessman who dealt in the production of saddles, whips, and harnesses. 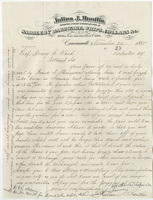 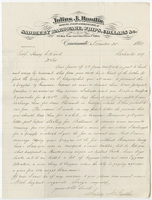 Evidently, the Cincinnati Garden already had enough grizzly bears. In his letters to Henry A. Ward, Bantlin mentions that his plan is to trade the cubs to a zoo in Europe for other animals, among them some pheasants. 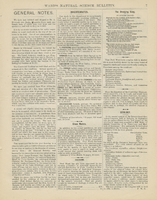 The January 1, 1882 issue of the Bulletin notes that there was some hope that the Ward's employees would see the cubs on a visit to Cincinnati, but by then the pair had been sent to the Berlin Zoo.